I Tried It: What an Oxygen Facial Really Feels Like 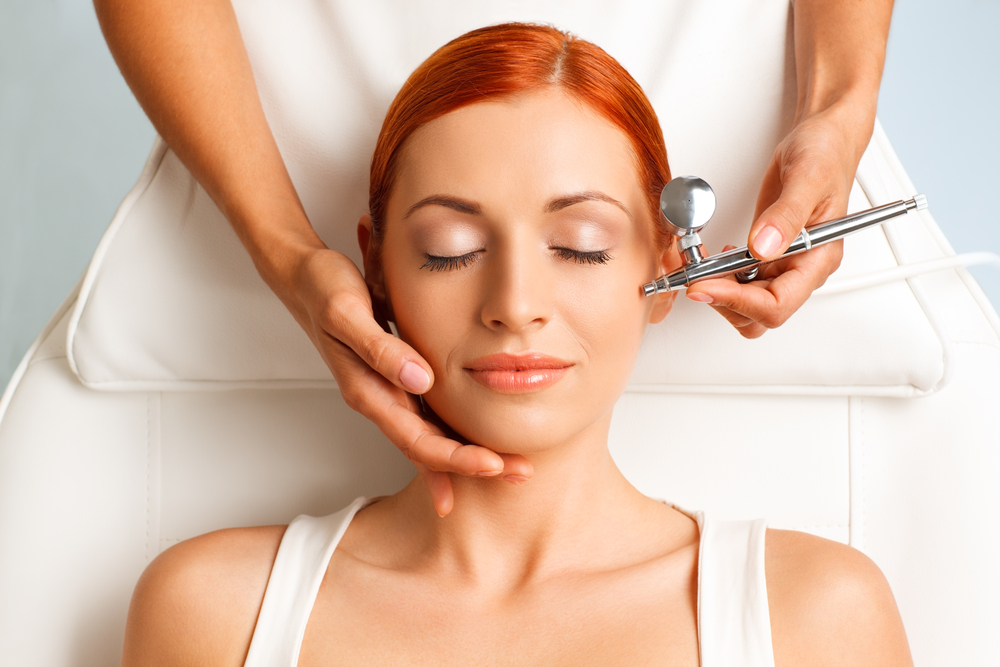 People often forget that despite the age of clickbait and viral news, journalism is still a public service. It’s always been a beauty writer’s job to test-drive procedures and products so you don’t have to, and even beauty writers have their preferences when it comes to trial runs: while some focus on makeup and specific skincare brands, I like to focus on skincare innovation, which is what led me to BrowMance in search of an oxygen facial.

They’ve been bubbling under the surface in the past few years, a secret only leaked to celebrities and friends of dermatologists, but of late, oxygen facials are becoming en vogue in the industry as an upgrade to the standard facial. The treatment is surrounded by mythology—no, it is not invasive or painful, and no, your skin doesn’t actually oxidize when exposed to the liquid oxygen—but it is essentially an advanced, uncomplicated process that nourishes your skin on a cellular level as opposed to moisturizing superficially.

The oxygen absorbs best after the basic skincare rules are followed, meaning that skin should be throughly cleansed, toned and exfoliated to get the maximal benefit from the facial. Pressurized, medical-grade oxygen in liquid form is usually mixed with high performance active serums (hyaluronic acid for dry skin, vitamin C for dull skin, etc.) and then airbrushed onto the face in slow, comforting motions. It feels like gliding a not-too-cold ice cube along the planes of you face, meaning that at first it tickles and then the sensation fades into a refreshing coolness. The end result is an undeniable dewiness, a real life reset of sorts for anyone going through a rough patch.

At $45 a pop, BrowMance’s oxygen facials are definitely the cheapest option in Toronto’s downtown core, and co-owner Shobana Lakkavally emphasized that prices are kept affordable because oxygen facials are really better suited as upkeep sessions as opposed to special treats. It’s easy to see why she recommends regularity: oxygen blown onto your skin at that level of pressure really encourages the skin to drink up, and the antioxidant-rich mixtures are absorbed in the mix. Oxygenated, healthy cells function better in terms of cell growth and regeneration, and supposedly the process even encourages the production of collagen. Put simply, that means your skin becomes supple, luminous and if nothing else, incredibly agreeable; with repeated treatments, blemishes are likely to fade faster too.

I was skeptical of claims that oxygen facials are great at smoothing out fine lines and crow’s feet, but I believe it now: without too many wrinkles on my own face, no before-after snapshot would have been worth the taking, but scars from old pimples already looked far more recovered with a single treatment. Of course, one doesn’t get to live in an oxygen tank so that does mean the effect is permanent, but Shobana promised visible results for at least three days. By day six, I was still feeling as though my skin was doing better than it usually does.

One of my favourite things about this treatment is also that it works for any skin type, since oxygen is almost the diametric opposite of an irritant—this means that O2 facials are an option whether your skin is oily, dry, just tired or even fairly congested. Few people go to get facials with gashes or open wounds on their face, but it’s nice to know that an oxygen facial would help with a breakout or inflammation as long as neither is too severe. In fact, as someone who routinely takes a razor to his face, I definitely noticed that the craggier folds of my chin were looking human again, something I can’t achieve with either moisturizer or aftershave.

In all, the verdict is in: oxygen facials do deliver what they promise, and they’d be perfect to gift on a best friend’s birthday or even to a parent. Experiential, refreshing and ultimately effective, they’re a great choice if you’re looking to reboot your skin or just perk it up for a special event. If anyone on the hunt for next-level skincare like me, I’d almost say they’re a must try: there’s something to be said about physically giving your skin a breath of fresh air.

PREVIOUS POST
Lip Stains Vs. Lipsticks: Which One Is For You?
NEXT POST
6 Sweet Summer Scents That Won’t Make You Want to Throw Up