Waxing vs. Sugaring: The Great Debate 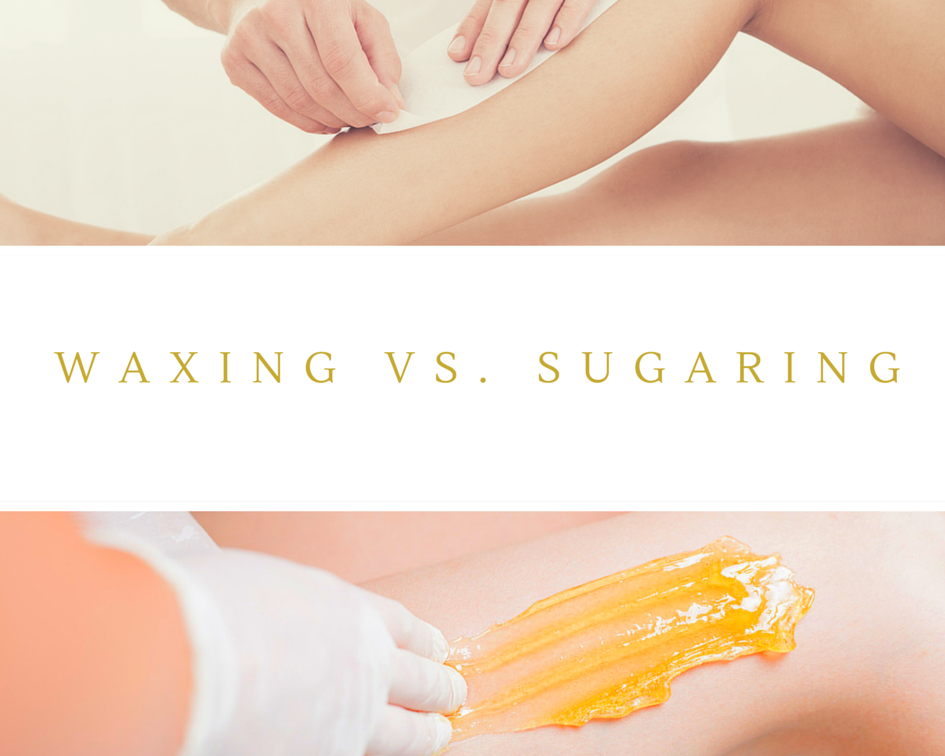 Hair removal is a battle women have been fighting for ages. From sloughing off hair with pumice stones to makeshift tweezers crafted from seashells to ripping out hairs via the earliest of waxing formulas, the war on body hair rages on today. Although still a painful process, waxing seems to reign supreme as the preferred method of hair removal (outside of resorting to the razor blade) for long lasting results. Now, the question that’s raised is how do you choose the right formula? The great debate that pits waxing or sugaring against one another is centuries old and we’re here to weigh both sides clear the air (and hair) to figure out which one is better for you.

Although seemingly similar, waxing and sugaring are completely different when it comes to formulation. While both are applied to skin, one is often covered with a strip of cloth (wax),  and adheres to both the cloth and skin (more on why this isn’t a bad thing later), while, with sugaring,the formula is applied directly to the skin and then the sugar, itself is used to remove the hairs, sans cotton strip. There is also a type of wax called hard wax, which does not require any cloth strips; as it dries, it hardens and grasps hairs itself, getting pulled off just like a strip would and taking hair with it.

To get some expert advice, I called up my long time waxer,Vanessa Prashad of The Loft Toronto to weigh in on which formula is better or why one is better vs. the other.

As the head aesthetician (located on 663 Queen Street West), Vanessa is a certified skincare and waxing specialist who was trained in L.A. and has been practicing in Toronto for over 15 years. Vanessa was quick to choose wax over sugar formulas, explaining that sugaring was the first method ever used (back to those ancient Egyptians, again!) and the traditional method is a far cry from the wax formulas we have available to us today.

First of all, sugaring is unhygienic than wax as it can transfer bacteria, since the formula is simply sugar, lemon juice and a myriad of liquids for scent and stability. It’s also not as strong as wax. Although both formulas pull hair from the root, sugar formulas are often not strong enough to adhere to the hair at the very surface of the skin. This leads to hairs broken mid-shaft (resulting in not being removed) as well as the dreaded ingrown hair. Waxes, both strip and hard formula, are strong enough to grasp and remove hair more effectively than sugaring, and when repeatedly done so, can weakens the hair follicle, resulting in less regrowth and finer fuzz over time.

Vanessa was also quick to point that out sugaring is not a technique taught in any Canadian beauty school, and advised to carefully consider choosing this formula, as finding an expert may be a trial and error situation you don’t want to encounter.

Moreover, when some argue that sugaring is better due to it’s natural formula, Vanessa insisted this simply isn’t true. Many of today’s formulas are high quality and chemical-free, and, while pro-sugarers dispute waxing’s strength, Vanessa agrees since it is stronger, it also has the benefit of removing the first layer of skin which is a good thing, as it provides a necessary exfoliation that ensures a long-lasting, smooth result. “All my clients who have tried sugaring have all returned to waxing,” Vanessa shared.

Looks like, this time around, sugaring has been given the ol’ one-two punch and waxing wins in a T.K.O.